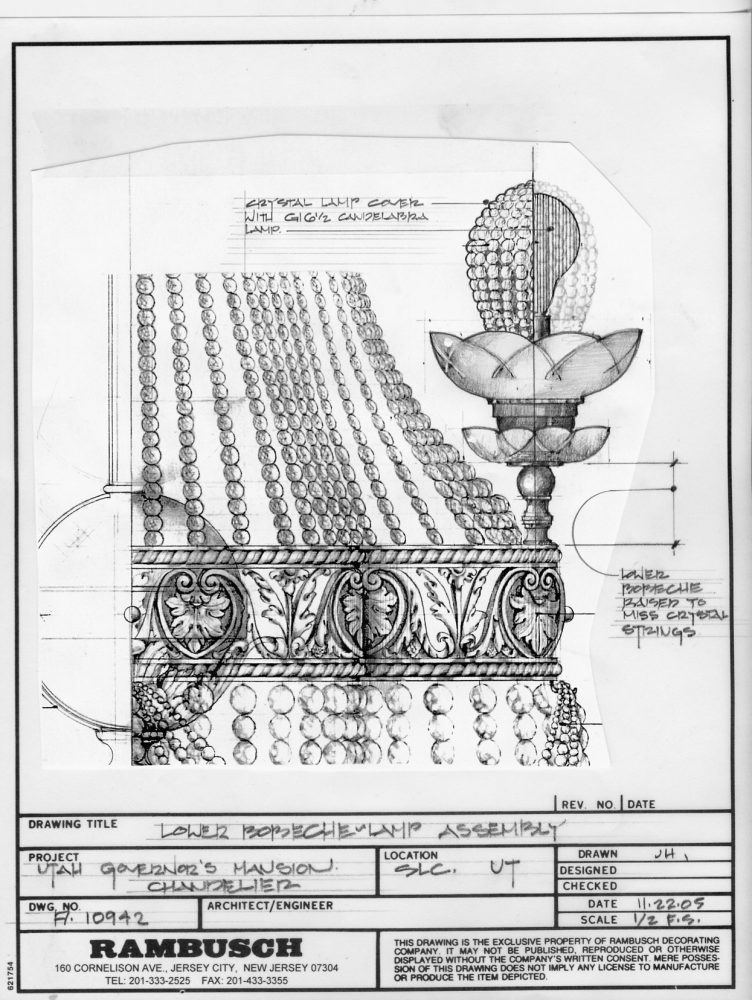 The “people’s home” of Utah was built at the end of an era characterized by grace and dignity, welcoming a new century with emerging new styles. As part of a full interior restoration, the State sought to restore its lighting fixtures and original 1902 historic chandelier, which was a museum-quality piece of crystal that had been heavily damaged by fire.

Rambusch fully restored this priceless fixture, repairing damaged metalwork and re-threading both original and replacement crystals. Our designers ensured an exact replica was created by interpreting archived images and texts.

Missing elements were recreated via the lost wax casting method. Recognizing the existing chandelier’s characteristic imperfections, Rambusch led the State through an on-site mockup exercise to identify crystals and delicate parts by their type and location prior to commencing its removal strategy. Because of this exercise, the State of Utah jointly decided to incorporate original irregularities into the crystal threading, fixture assembly, and obvious augmentations.

The results are illuminated jewels of historic Utah, sparkling from a bygone era in American history, and a replica indistinguishable from the original.