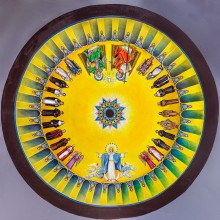 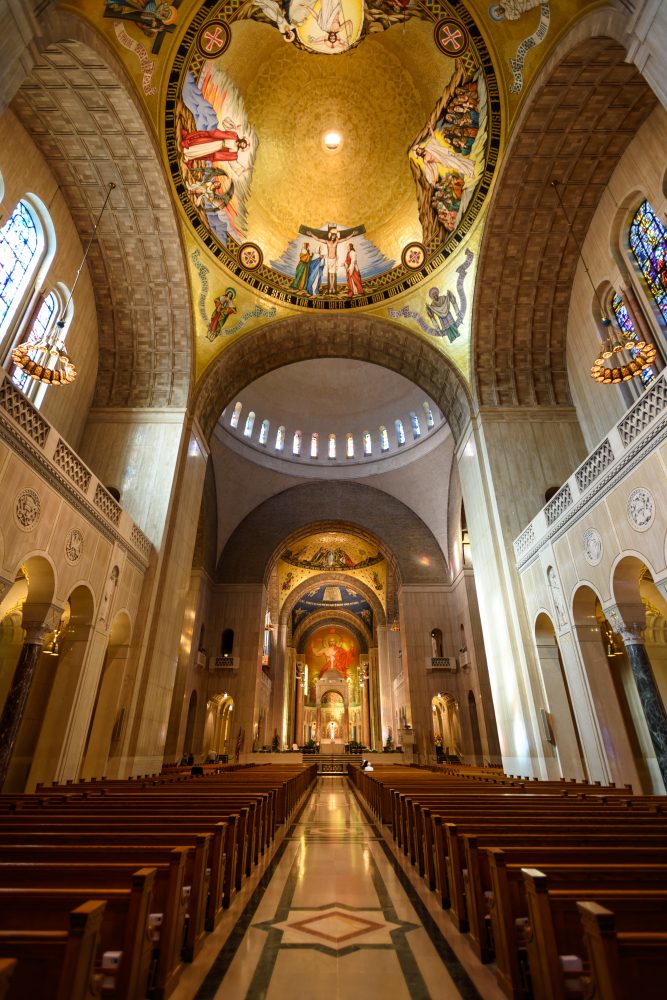 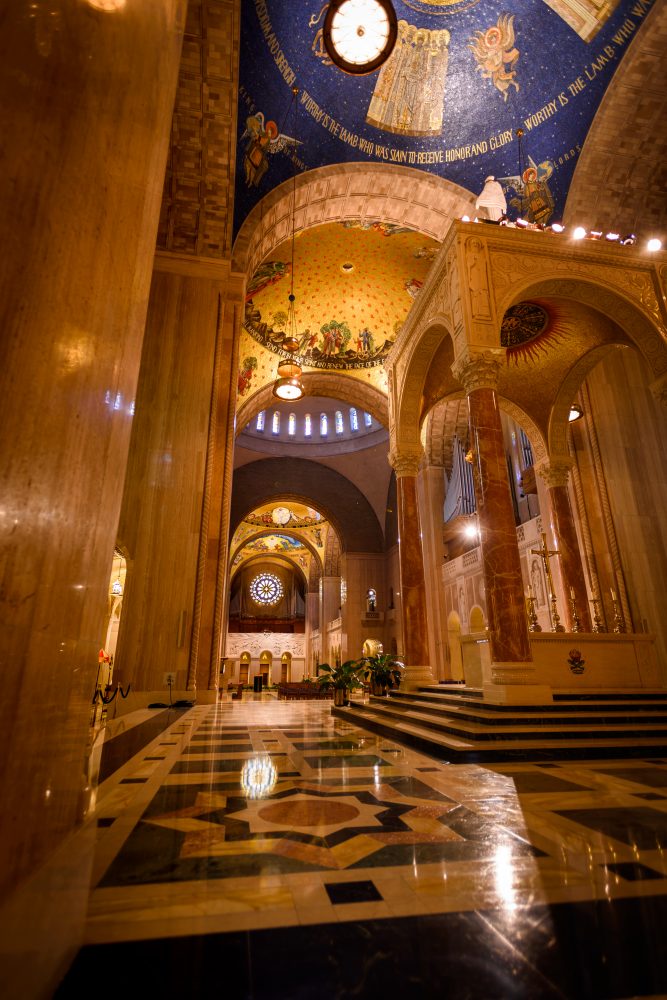 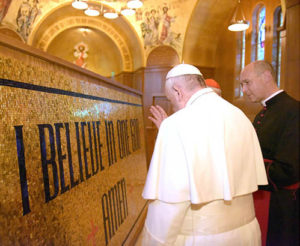 The Trinity Dome is the central and largest dome of the Basilica of the National Shrine of The Immaculate Conception in Washington, DC. According to the original iconographic scheme of the Great Upper Church, this “Crowning Jewel” has been adorned in mosaic depicting the Most Holy Trinity, the Blessed Virgin Mary as the Immaculate Conception, and a procession of saints who have an association with the Americas and the National Shrine.

The procession includes, among others, St. Juan Diego (the first indigenous Saint from the Americas), St. Kateri Tekakwitha (the first canonized female Native American), St. Teresa of Calcutta (an honorary American citizen), St. Francis Cabrini, M.S.C. (the first U.S. citizen to be canonized), St. Pope John Paul II (the first pope to visit the National Shrine), and St. Junípero Serra (declared a saint by Pope Francis at the National Shrine in 2015 in the first canonization ever to take place on American soil). The Nicene Creed encircles the base of the dome, while its four pendentives feature the four Evangelists: Matthew, Mark, Luke and John.

During his visit to the Basilica of the National Shrine of the Immaculate Conception on September 23, 2015, Pope Francis blessed the dome’s preliminary segment containing the beginning and end of the of the Nicene Creed: “I believe in one God.” “Amen.”